A downloadable game for Windows

Based in 1996, you are working for a company known as Nova Nexus, you play as a security guard.
Your job role is to make sure that only the right authorized personnel are getting into the facility.

The game has a total of 2 endings.

If you like the game do consider donating, it will help make the next game longer and better!

I love all the little hidden connected parts like Natasha and the error code. Fun game!!

Reply
vinnie3 hours ago
Good game, makes you really think plus I really wanna know what the experiment is
Reply
acid8 hours ago

is anyone else getting the glitch where after all the credits at the start the screen goes completely black ?

Does it never stop? If so that is a bug for sure.

yea, I tried to start it up like 5 times and the same thing kept happening, it normally happens after the opening credits

Reply
Daboii Yung-Z12 hours ago
TTh
This was a good games.
Reply
SerialPillock21 hours ago

Had a lot of fun with this, thanks for sharing it with us! :) The more I look back on ti the more questions I have too, very mysterious.

Reply
KRYSIS Kills1 day ago
I don't know why but I feel like this is an SCP horror game, with all the [CLASSIFIED] stuff that is being worked on.
Reply
Mylezeezz1 day ago
IM COMING FOR ANOTHER ENDING I GOT ENDING 1
Reply
vordef8881 day ago(+1)

Good game, but can you explain me the lore?

*Potential spoilers* The idea behind this, was the research facility is conducting experiments (kinda resi mixed with half life vibes). So the buildings you could see are more for the low level staff of Nova Nexus, the higher level staff who do all the big research and experiments are in an underground base (this is why when the explosion happens you never see fire or smoke from the buildings as it was underground). The experiment goes totally wrong and that is when  the calls start happening. The thing that happens awakes a sort of ghostly demon monster from another plane and that is why the base is shut down and 'Kill everything' protocol is activated so nothing gets out.

In regards to the endings.

With Ending 1, The Car that lands on the broken down car was chucked by the demon monster thing from the car park. So basically - it got out!

Ending 2 is the phones calling the families of the dead. You're the phone near the screen. The big thing that comes out of the base is something that basically creates a massive creator in that part of the world.

ah that's cool to read! Interesting to hear you saying about Half Life yourself, I really got that vibe from it before even reading this :)

Was an incredible game, the atmosphere was really good, gave me a good scare as all horrors should, uploaded the video to my youtube, very impressed!

Really enjoyed this one! I played it in my latest YouTube video where I play new horror game releases on Itch.io and this was featured as game 2. Thanks for making this ^^ Keep up the great work

Really well done for a retro style project! I am a sucker for classics and this had the 90's playstation vibes. I loved it!

Really loved it and it made a great video. We enjoyed the story and the experience.

Have you tried pushing 'E'. It's mentioned on the page as UI Controls/Select Option. Hope that helps!

Wow, silly me. That worked, thank you!

Reply
KingCrazy3612 days ago
This was such a cool game! I´ll play the second part as soon as it comes out! :D
Reply
Kyle Horwood2 days ago(+1)

Glad you enjoyed it, the next game isn't going to be Security Booth, it's something different. But maybe I'll come back to this in the future.

guys how do i get ending 2

i dont have a crosshair

Did you manage to get it working?

This was one good ass game. Can’t wait to see more from you in the future!

Reply
GoldNosePanda3 days ago
Nice work on this Kyle, I hope you decide to make another PS1 styled game. Maybe somewhat of a sequel? :)
Reply
HunterHeiner3 days ago
This game Scared me to death!
Reply
Mr. M & Mr. B3 days ago

Reply
TsukuruHouse3 days ago
Everyone is welcome.
Reply
lamb chop yt4 days ago

Check security guard off my list of jobs I never want hahaha! This was really good and creepy!

This was a pretty neat game! Made me feel on edge the entire time and I liked going back to get the other ending.

What a surprise! Really cool game, well made, good pace! The scares being subtle makes it even better! I hope to see more games from you in the future =) I gave more of my thoughts by the end of the video

natureviking played this cool game tho

For a PSX game, this was quite atmospheric. The story of the game can be interpreted in number of ways which makes it 10X better. Jump scares were properly executed not putting to much but just the right amount at the right time. Also gave the sense of Isolation which adds the scare factor.. all in all a great short game. Hopping more more games like this!!

Geeze this game got me. I'm dead serious, I was on edge the entire time. Really enjoyed it, one question though, I didn't quite understand the ending, I got ending 1, but my editor caught a couple of frames at the very end that...confused us. Anyways, very good game, hope to see more and hit me up if you want me to play any more of your games!

Reply
SnickerDudeAl6 days ago
VERY CREEPY! i just wanted to chill in the booth and somehow made a new "friend"
Reply
Viewing most recent comments · Next page · Last page 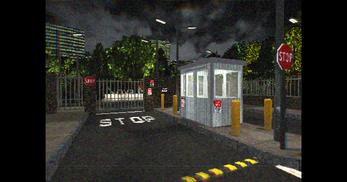 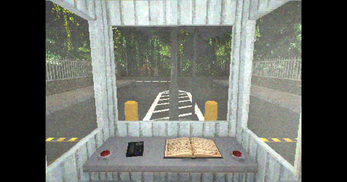 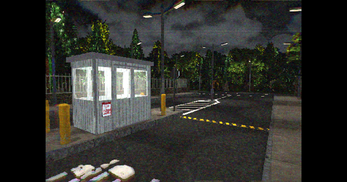 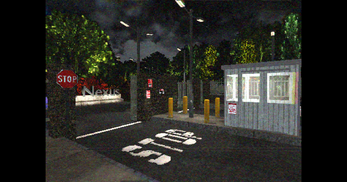 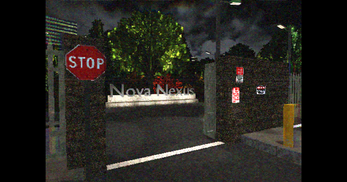